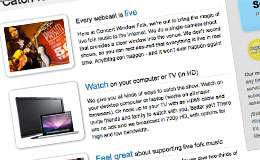 We will be live-streaming our upcoming concerts at Tupelo Music Hall (Saturday Nov 12. 8 pm EST) and Club Passim (Sunday Nov 13).

Wherever you are in the world, you can tune in!

You can purchase online tickets for only $3 any time the day of the show at www.concertwindow.com/folk. The show will not be taped, but you can watch it live in HD! Payment can be made using PayPal or a credit/debit card.

For more than 50 years, Club Passim has been known as a premier listening room presenting new and established performers of genres ranging from folk and acoustic to jazz, and everything in between. The historic music venue presents over 400 shows per year to an audience of over 30,000.

Club Passim first opened as a jazz venue in 1958 under the name of Club 47. The first few months were rocky as the club was shut down by the Cambridge police. The local blue laws at the time prohibited more than three stringed instruments in a place that served food and beverages. So they got a non-profit educational charter and reopened as a private club, making people members at the door.

It wasn’t long before it earned a reputation for good music, coffee, and company. And it was here that a friend of then unknown 17-year-old Joan Baez rented the club out just to get her on stage. Baez quickly built a worshipful following and became a regular feature. Here, she introduced Bob Dylan who played between acts.

The Club was shut down by Cambridge police once again, but the performers rallied and held their own hootenannies to keep the music going. Supporters soon realized that they had built a strong community around the club-a strong, close-knit community that remains to this day. The Club Today-40 More Years When rock-and-roll electrified the music and became “the sound,” its influence lessened folk’s popularity and broadened the folk spectrum simultaneously. But when the ’60s came to a close, so did the era of Club 47, which was reborn into Passim and run by Bob and Rae Anne Donlin, who kept its flavor true to its roots. Best of all, Club Passim remains a small venue, where the audience is close enough to feel reverberation of music, see the sweat of the brow, and be a part of the art. Club Passim remains that community that began 40 years ago. It remains a non-profit organization that relies on members, donors, and volunteers for support.

The key to Club Passim’s continued success is its audiences, who support new musicians, take risks, and lend an educated ear. But it’s more than the music that brings them back. A notation in the club’s Memory Book, written by a fan whose association with the club spans its history, sums up feelings of others who’ve passed through the room: “…The beauty of this place is that in 30 years, those of you who pass through this sacred room will have equally wonderful memories of performers whose careers were launched here. I hope your memories, felt years from now, will inspire the feelings of kinship with special musical experiences that mine do for me. Come here often. The specialness of this room will grow on you.” 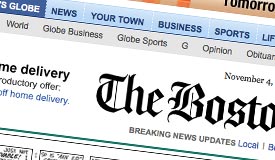 Bring your singing voice and wear something nice in case you are selected to join Rik Emmett and guitarist Dave Dunlop onstage singing background vocals on a classic Triumph song. Just enter your name at the merchandise table before the show and think vocal thoughts.

Emmett, a Triumph founding member, lead singer, and guitarist, is a member of the Canadian Rock Hall of Fame and on tour in support of “Push & Pull.’’