THE PRESENT AND THE FUTURE

Rik’s latest release is the singer-songwriter acoustic project, Folk Songs for the Farewell Bonfire.   Retired from touring, he has signed with ECW Press for publishing a manuscript of poetry (working title, Reinvention) in 2021, followed by a memoir somewhere down the road.  He keeps himself busy in his office, library and home studio, The Rockit Lab, capturing new singer-songwriter-guitarist material, and blogging regularly on his website’s member forum, interacting with his fans and answering  posts. 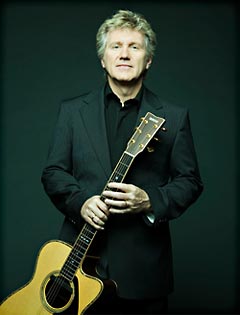 After five decades in the biz, Rik Emmett earned the adjectives ‘prolific’ and ‘eclectic’.  Following over a dozen platinum albums from his Triumph years, he’s produced 20 more as a non-platinum indie, ranging from rock and blues to jazz, folk & classical.  His last full-blown rock record RES 9 was released worldwide in 2016 on the MASCOT / PROVOGUE label.  His latest, entitled “Folk Songs for the Farewell Bonfire” (referred to as The Bonfire Sessions)  includes 18 solo acoustic / vocal tracks and 6 jazz guitar instrumentals, available exclusively as downloads off of www.rikemmett.com.

He’s in three Canadian Halls of Fame and has a star on two Walks of Fame, including the Canadian Walk of Fame.  He’s also  picked up a few ‘Best Guitarist’ awards from different organizations, in various style categories,  along the way.

Rik was the author of a GUITAR PLAYER magazine column for over a dozen years, and was also a music educator for a few decades on the heavily-respected Humber College faculty, where he taught Songwriting, Music Business, Creative Development and Directed Studies, and shared in a college Innovation Award for curriculum committee work.  He’s also the Artistic Director Emeritus of the Songstudio Songwriting Workshop, which he launched with his pal Blair Packham 15 summers ago.

HISTORY IN A BIT MORE DEPTH 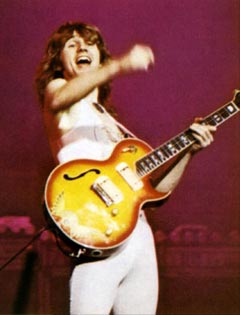 Rik Emmett gained international recognition as the lead singer/songwriter/guitarist with Triumph from 1975 to 1988. Five gold & platinum decades in the music biz provided entry into the Canadian Rock Hall of Fame, the Music Industry Hall of Fame, the Junos Hall of Fame, and the Canadian Walk of Fame.  with a few ‘Best Guitarist’ awards in various categories garnered along the way. Emmett morphed from Smooth Jazz awards in ’05 and ’07 to the worldwide release of a prog rock project called Airtime in ‘07, to a Latin / Mediterranean guitar trio project called ‘Trifecta‘ in 2009 (nominated for a Best Instrumental Juno).  The full-blown rock band project, RES 9, by Rik Emmett & RESolution9, was released worldwide by the MASCOT / PROVOGUE label in 2016.  His latest 2020 creative recording project is Folk Songs for the Farewell Bonfire, (The Bonfire Sessions) comprised of 18 solo acoustic / vocal tracks, as well as 6 jazz guitar instrumentals, available exclusively as downloads at www.rikemmett.com.

Searching backwards chronologically,  the 18th and 19th albums of his independent career (released through his website, www.rikemmett.com) were “Marco’s Secret Songbook”, [2012] a concept album with 15 music tracks, a spoken word narrative & symphonic underscore:  and “Then Again”, [also 2012] an acoustic duo with Dave Dunlop, reworking the most popular Triumph repertoire with new arrangements. In 2011 “reCOVERy Room 9“ was released (also an acoustic duo with Dave Dunlop), featuring nine cover songs from a wildly eclectic range of pop music.  Rik was a popular columnist for Guitar Player magazine (his 13 years of Back to Basics resulting in his published educational series, For The Love of Guitar), and an innovative music educator of long standing with Humber College in Toronto, and is the Artistic Director Emeritus of the annual Songstudio Songwriting Workshop.

Rik Emmett was a relatively unknown singer/songwriter/guitarist on the local Toronto scene in September of ’75 when he joined a newly-formed hard rock trio called Triumph. By ’79 three albums had gone platinum in Canada and two charted in the States, receiving serious radio airplay. By ’81 Triumph was firmly established as one of the premier touring rock acts in North America, with generous FM radio airplay support and heavy rotation on the fledgling MTV cable channel. In the next seven years, the band released ten gold albums, with four turning platinum in Canada.  In the U.S., two went gold within weeks of release.

Emmett’s name frequently appeared in guitar magazine polls and he won some prestigious awards, including Best Lead Guitarist in a national poll in 1981.  In the first decade of the 21st Century, he placed 6th in a CBC on-line poll of The Greatest Canadian Guitarists Ever, and also placed 7th in a Gibson.com reader’s poll of Top Guitarists.

A duo project with Dave Dunlop called Strung-Out Troubadours won both Duo Of The Year and Album Of The Year honours at the 2007 Canadian Smooth Jazz Awards. The follow-up CD, entitled Push & Pull, was released in the late spring of 2009. In the fall of 2009, Rik collaborated in an acoustic guitar trio (the P.R.O. Trio) project with Pavlo and Oscar Lopez.  Entitled “Trifecta”, the CD was released in advance of the heaviest Canadian touring schedule that Emmett had been involved in since the ‘80’s, commencing in January of 2010 and continuing throughout the year.  The album was nominated for a JUNO award as Instrumental Album of the Year.

Rik’s solo career began with three releases for Duke Street/MCA Records in the early ’90s. The first, Absolutely, went gold in 1990, yielding the hits “Saved by Love” and “Big Lie”, two songs that provided a transition from arena rock while maintaining continuity at FM radio. The ballad “When a Heart Breaks” crossed rock guitar heroism over into new radio formats and revealed a more sensitive singer/songwriter persona. “World of Wonder” also received substantial airplay and showcased an expanding lyrical and stylistic range.

The “Ipso Facto” CD followed in ’92, offering up the hits “Out of The Blue” (a jazzy-bluesy tribute to SRV, Hendrix and Wes Montgomery) and “Bang On”, a rocking return to one of Rik’s personal themes – positive motivation and inspiration. Ipso Facto’s stylistic versatility was no surprise to fans who knew the guy consistently plugged trademark classical guitar pieces or little jazz tunes in between hard rock anthems, arena blues riffs and progressive flourishes found on past records. A singer/songwriter album called Spiral Notebook followed in ’95, earning airplay on its ballads “Let Me Be The One” and “The Longing”.

In ’96, Emmett began testing the courage of his musical convictions with work in his own digital studio and through his own independent record label.  The first release was “Ten Invitations from the Mistress of Mr E.”, original instrumentals of classical nylon-string guitar, reminding critics and fans alike that this rock “star” was no one-trick pony. Part two of his guitar trilogy, “Swing Shift”, went in a completely different direction, featuring jazz, swing and fusion. Again, the CD was well received, with the emergence of the song “Santa Fe Horizon” as a classic staple in the smooth jazz field, capturing the interest of brand-new fans in growing musical circles.  CBC Radio in Canada also gave much exposure to the tracks “Key Chain” and “Libre Animado”.   “Libre” became heavily requested at duo tour dates.  “Raw Quartet”, released in early 1999, became the final CD in the trilogy, displaying Rik’s passion and natural affinity for blues.   Diehard fans embraced this artistic transformation, and its defiance of mainstream classification.

1999’s “Live at Berklee” (highlights from sold-out shows at the prestigious Berklee College of Music in Boston) preceded the traditional “Spirit of Christmas” album, recorded in collaboration with Glass Tiger keyboardist Sam Reid. One of the big thrills in Rik’s lifetime occurred in the summer of 2001, when George Benson joined Rik on stage during a guitar festival in Buffalo NY and they brought the house down with an impromptu version of “On Broadway”.  2002 brought the release of a “20th Century Masters: Best of Rik Emmett Collection” through Universal, followed by another widely-acclaimed indie instrumental smooth jazz masterpiece, “Handiwork”.

In the late summer of 2003, the acoustic singer/songwriter re-emerged with the “Good Faith” CD, another new chapter in an already-storied career. In 2005, Rik was honored as Guitarist of the Year at the Canadian Smooth Jazz Awards, but the wide range of Emmett’s abilities have been constantly on display – from smooth jazz & guitar festivals in Canada to heavy metal festivals in Germany and Sweden: from Artistic Directing a songwriting workshop to jamming with Alex Lifeson of Rush at the Guitar Workshop Plus: from huge classic rock outdoor shows with Triumph, to intimate acoustic duo gigs: from orchestra nights honouring the classic rock song catalogues of Eric Clapton, or The Beatles, through to releases like 2007’s hard rocking “Liberty Manifesto”, or the all-acoustic “Live at Hugh’s Room”, released in the same year.

Rik’s reputation has been bolstered by collaborations that branched away from a mainstream career path.  The first high-profile project was a guitar quartet project in 1987, that produced a vinyl insert recording for the U.S. Guitar Player magazine – ‘Beyond Borders’ featured Liona Boyd, Ed Bickert and Alex Lifeson, bringing Rik’s original compositional sketch to life.  Over 20 years later, in another eclectic, daring adventure, the P.R.O. Trio of guitarists Pavlo, Rik, and Oscar Lopez  blended their acoustic styles into Mediterranean and Latin contexts.  In the last decade, Rik has also worked extensively with guitarist Dave Dunlop in a duo called Strung-Out Troubadours, (later shortened to just ‘Troubs’) and with drummer / vocalist Mike Shotton, in a prog-rock recording project they called ‘Airtime’.   The rock band project, RES 9 (released in November 2016),  almost brought Rik full circle, but he has now gone even further back to his own roots as a folk singer in his high school days, with the 2020 release of his digital recording project, Folks Songs for the Farewell Bonfire.

THE GOLDEN THREAD: THE LONG LINE

A guitar magazine once wrote that Rik Emmett was “… his own worst enemy … one of the only guitarists out there who may be too talented for his own damn good”.  In a digital sound bite world, this offers insight on a music biz lifer, recognizing a unique artist, still going strong.   For 49 years, as his own worst enemy, Rik has made choices as a loyal friend to his gifts:  never a slave to fashion, offering his best to every audience, of every stripe, in every piece of music that he performs, holding true to the magic power of the music.