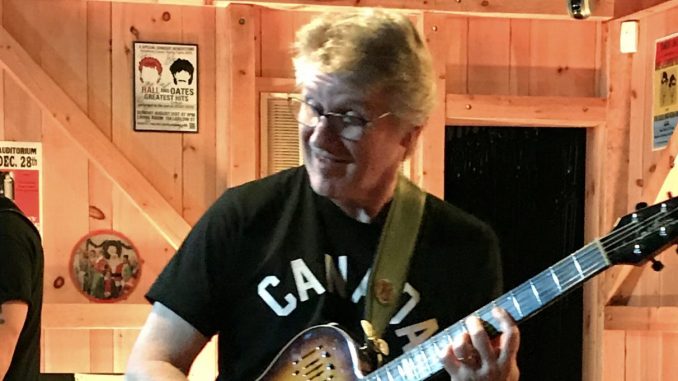 For an old Triumph fan like myself, this show was nothing short of brilliant. Rik played quite a few songs from the Triumph catalog, but for my ears, not having had the pleasure of attending one of these acoustic performances before, the stripped-down versions of songs that were part of my life’s soundtrack were quite a thrill! The other Triumph songs showcased in acoustic version were “Ordinary Man” (my personal favorite Triumph song,) “Fight the Good Fight,” and the big radio hit, “Magic Power” as an encore all from Allied Forces. In addition, “Somebody’s Out There” from The Sport of Kings had a great story to go along with it in that this song was a last minute addition to the album from the label requesting a “hit” that Rik brought to the band and told them to “just play it as it is.” It turned out to be their biggest selling hit, so the kid knew what he was doing, clearly!

← Prev: Special Appearance at Burlington, ON Canada Day on July 1 Next: Rik Emmett & Dave Dunlop at New Hope Winery on Fri, Oct 20 2017 →
Back to News Page