REVIEW: Rik Emmett and Dave Dunlop at The Birchmere in Alexandria, Va 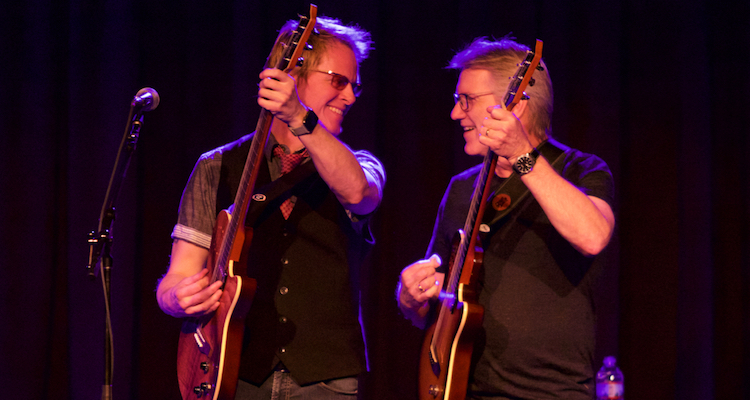 From the very start of the show, it was apparent that the evening was going to be a two-way conversation bonding the two with the crowd through the music.  Emmett loved carrying on conversations with the audience, getting everybody involved in the dialogue, which included a lot of laughter.  Each song had a history, each song had a story, each song was written and performed with composition and purpose. This was the type of band that Triumph was, and this is the legacy that Emmett is carrying on by continuing to share the music with his partner.

“Libre Animado” was an instrumental that featured Dunlop doing some serious shredding.  Emmett mentioned that just seeing and listening to Dunlop’s chops on this song was worth the price of admission itself, and he was spot on.  The song was filled with influence from both players, including some classical, jazz, and rock licks and chord progressions that melted the minds of the listeners.  Emmett has always been known within the musician’s world of guitarists for having a very well-trained style of playing spanning many different styles.

Read the rest of this great review online at National Rock Review.