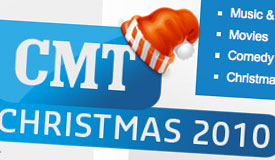 Before huddling ’round the fireplace with a hot cup of cocoa (or a wee shot of spiced rum), gather the family ’round the warm glow of the HD pixels and tune in to CMT’s 2010 Christmas special, “Jason McCoy: Christmas at the Grand”, featuring yours truly in the PRO trio. We’ll be playing two guest songs, and I might even end up jamming on the closing credits.

Merry Christmas everyone, and looking forward to celebrating the New Year with you all!

Tune in to CMT tonight for the premiere of “Jason McCoy: Christmas at the Grand” featuring Rik and the PRO trio.

The CMT Christmas special is also scheduled to air on the following date and times (all times Eastern): 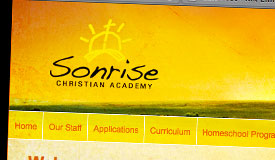 “Free PAVLO-GUITAR giveaway at the concert!”

Brought to you as a Sonrise Christian Academy Fundraiser.

An amazing guitar trio of Mediterranean Magic, Triumphant Fusion & Hot Latin Fire has arrived. P.R.O.’s incredible musical chemistry was born out of the joy, respect and friendship found in the making of great music. Three artists from widely different backgrounds have forged an intense cultural melting pot of their unique styles. Visit www.pavlorikoscar.com for more details.

Since 1986, Sonrise Christian Academy has been offering quality Christian education to families in Prince Edward County . Sonrise provides a nurturing Christ-centred learning environment that allows each child to grow to his/her full potential both academically and spiritually.

At Sonrise, the students’ needs are of paramount importance to the teachers.Their dedication and sheer enjoyment of teaching becomes readily apparent in the respect and appreciation that the students show them.

Sonrise invites you to contact them anytime to arrange a meeting to discuss the educational opportunities for your children at Sonrise Christian Academy.

Rik and the PRO trio to appear on CMT TV

Be sure to check out CMT TV’s Christmas 2010 special “Jason McCoy: Christmas at the Grand“. The PRO trio (Pavlo, Rik & Oscar Lopez) play two guest songs, and Rik jams on the closing credits.

The special premieres Saturday December 11th, and is scheduled to air on the following dates/times (all times Eastern):