Rik will be a talking head / commentator in a news piece tonight after 10 p.m. EST on CBC TV [ http://www.cbc.ca/news/thenational ] discussing the upcoming copyright infringement lawsuit between the estate of Randy Wolfe [Spirit] versus Led Zeppelin, over the intro to ‘Taurus’ and the intro to ‘Stairway to Heaven’.

Rik thinks LZ is relatively blameless in this one, and that the lawyer for the plaintiff, Francis Malofiy, is being a vexatious and egregious opportunist, since the arpeggiated chord progression in question can be traced back to chunk of a Sonata by Giovanni Battista de Granata in 1659 (never mind at least a half dozen commercially popular songs of the 20th century that predate Wolfe’s use of the standard minor line cliché). 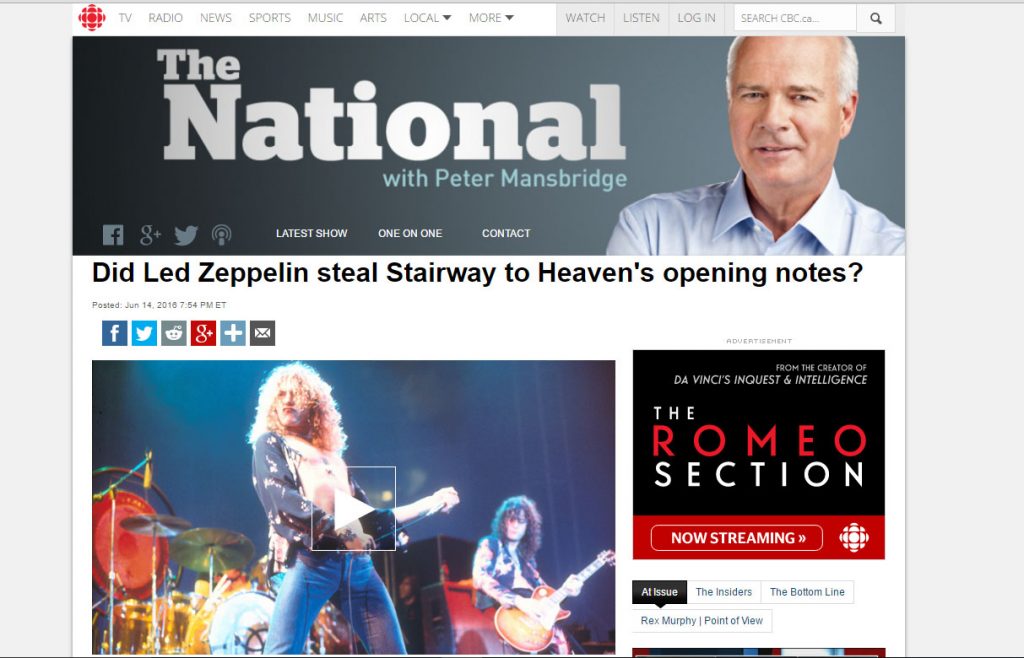