Years of Support for Tomorrow’s Children Fund Pays Off

Sharing this from Cameron Mildner, host of “Todd’s Night Out”, an annual fundraising concert that I have been honored to be a part of for many years: 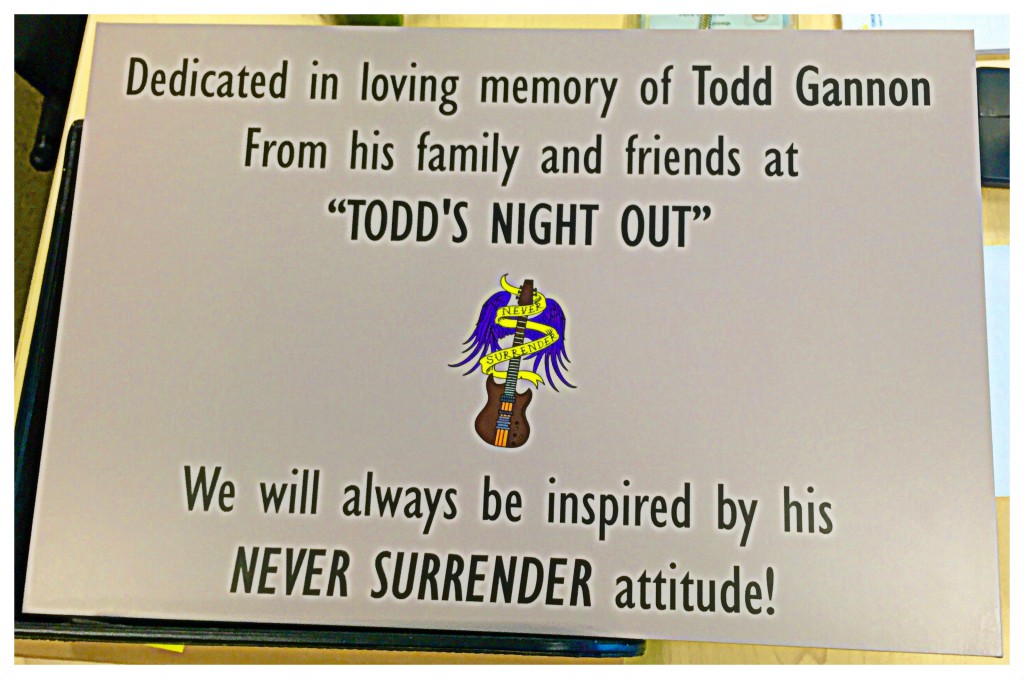 Over nine years ago our friend Todd Gannon passed away from a rare blood disease.  Todd was diagnosed at the age of 12 and wasn’t expected to live past 25. Thanks to the Tomorrows Children’s Fund and Todd’s Never Surrender attitude he lived to the age of 36, defying the odds and living his life his way.

For the Last 7 years Todd’s Friends and family have held a fundraiser in his memory called Todd’s Night Out to raise money for TCF. Todd was a fighter, but some days were tougher then others. On those tough days Rik Emmett’s music and lyrics are what kept Todd going. That is why we asked Rik to play at Todd’s Night Out.

In the last 7 years we have raised over $118,000 for the Tomorrows Children’s Fund. We are honored that they offered to have a plaque made in Todd’s memory that will be displayed on one of the in-patient rooms. Hopefully the money raised in Todd’s memory will help the children and families that are going through what Todd and his family have gone through, and hopefully Todd’s Never Surrender attitude will inspire the children who are staying in that room during their treatment.