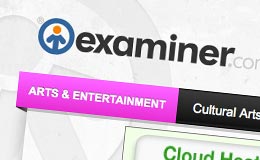 Hailing from Toronto, Canada, Rik Emmett is one of the unsung guitar heroes to emerge from the rock scene during the 1970s.

As a vocalist, guitarist, and founding member of Triumph, he established himself as a versatile shredder who’s just as comfortable in a pentatonic scale as he is navigating his way through a diatonic jazz arrangement.

Songs such as “Lay it on the Line,” “Rock and Roll Machine,” “Ordinary Man,” and “Blinding Light Show/Moonchild” stunned audiences around the world, and helped cement Triumph as one of the premiere power trios of the era.

On the heels of Neil Young and Rush, these guys helped prove once and for all that Canada was a musical force to be reckoned with.

In 2012, Emmett’s thirst for the road hasn’t subsided, as he continues to perform throughout the United States and Canada with whatever project he happens to be focusing on at the time.

His upcoming show inside The Bear’s Den at Seneca Niagara Casino on August 10 is being billed as “An Acoustic Evening of Triumph and More,” so I spoke with Emmett via telephone recently to find out just what he has in store for the Western New York faithful.
Advertisement

Question: What are some recent projects you’ve been working on?

Emmett: Well, last week I was at the Metalworks studio working on a charity project for The Herbie Fund, which was really cool. I’m also working on two albums due out this year. One is called Marco’s Secret Songbook and the other is an album version of the “Acoustic Evening with Triumph” that Dave Dunlop and I have been doing. When we began, we thought it would be interesting to turn it into an album and capitalize on the intimate setting of the venues we play. They’re both still works in progress, so I’m shopping them around.

Question: Coming from a hard rock background, what initiated your transition into Jazz?

Emmett: In truth, I’ve been playing Jazz since I was young, because I was in a band that played weddings and Bar Mitzvahs. Most bands don’t play rock music at those events, so we were playing standards then tended to fall under the Jazz umbrella. I don’t think people would’ve been overly excited about listening to heavy music during dinner. I grew up worshipping guys like Jeff Beck, Eric Clapton, Ritchie Blackmore, and Steve Howe, but I also count Joe Pass as one of my absolute favorite players. When I was in college back in 1972, I think people’s minds were much more open regarding the mixing of styles, and the progressive mantra always led to an eclectic development of taste.

Question: You’ve been playing with Dave Dunlop for a while now. Why do you think you guys function so well together?

Emmett: We met at a guitar workshop a while back and we both had the same teacher, but he actually wasn’t my first guitar player. He was on a shortlist of intelligent musicians whom I felt could tackle the heavy stuff yet also display a Jazz sensitivity that I myself gravitated toward. It’s been a long road, but our collaborations have always gone great. I rely on instinct at this point, so it’s really like a brotherhood or a family atmosphere, and I really enjoy that.

Question: Last year marked the 30th anniversary of “Allied Forces.” What does that album mean to you today?

Emmett: I think it’s one of our better efforts. It was the first time we recorded in our own studio, Metalworks, and it was the first time that we didn’t really worry about the clock or FM radio. We hit our stride on that album as a unit. Of course, no album is true perfection, but a lot of those songs would definitely appear on a greatest hits package. I play tracks such as “Magic Power,” “Fight the Good Fight”or“Ordinary Man” in my set today, and I think they pass the campfire test. What I mean by that is, if you were sitting around a campfire, would these songs hold up with just an acoustic guitar, and I think they do.

Question: Your upcoming show in Niagara Falls is billed as “An Acoustic Evening of Triumph.” How does the stripped-down format impact your song selection?

Emmett: The first time I played one of these gigs a guy stood up right at the beginning and shouted “Rock and Roll Machine,” so obviously you can’t please everyone. There will always be people whose sole perception of me is holding a double-neck while wearing orange spandex pants, but time marches on. People don’t like when you mess with the soundtrack of their life, so certain arrangements don’t live up to their expectations. Personally, the only limit I have is my own fear and imagination. As I’ve gotten older, I’ve become less concerned with amps, lights, and the spectacle, and become more interested in the melodic and harmonic aspects of the music. I think the prog-rock moniker allows for a grab bag of interpretation, so most of the stuff I’ve done post-Triumph has been material I wanted to make. Whether I want to use nylon strings to play classical guitar or crank up the Marshall stack, I think one guitar with the proper intensity is pretty darn good. Sometimes I relate it to Bob Dylan getting booed when he first went electric, because a lot of people aren’t used to seeing me walk out on stage looking like a college professor.

Question: Your 2011 release, “ReCOVERy Room 9,” was an intriguing collection of cover songs. How did that come about?

Emmett: Well, Dave and I used to fiddle around with a lot of songs backstage, so we decided to put them on an album. We made a conscious effort to include songs that the audience wouldn’t expect us to attempt acoustically such as “Born to Run,” so I’m excited about it. We recorded it in Dave’s basement and wanted it sound as if it was live right off the floor.

Question: You reunited with Triumph back in 2008 for shows in Sweden and Oklahoma. Would you ever consider doing anything beyond that?

Emmett: I certainly would, but Gil and Mike don’t have the same compulsion to perform anymore that I do. They’re content, and have no need to be as active as they used to be. I know they worked really hard to get in shape for those shows in 2008, but I’m not sure if they would ever commit to something extensive. Unless a promoter came along promising a gigantic paycheck, it’s unlikely that anything would happen.

Question: How has teaching at Humber College worked out for you?

Emmett: Well, I sat on the advisory board prior to becoming a teacher, because I’m one of the famous people not to graduate from there initially. I started one afternoon a week teaching music business, but now I run the gamut of responsibility. I love it and it’s another way to keep my hand in, so it’s probably something that will outlive my touring schedule.

Rik is playing at The Bear’s Den on August 10. See www.senecaniagaracasino.com for details.